Among the new faces making it on the cabinet list, is Igara West MP Rafael Magyezi, who was appointed Minister of Local Government, Mityana Woman MP Judith Nabakooba, the new Minister of Information, Communication and Technology (ICT), Kitgum Woman MP Beatrice Anywar, who has been named Minister of State for Environment and Kyaaka County MP Jackson Kafuuzi who becomes the Deputy Attorney General.

But who are these New Appointees’ 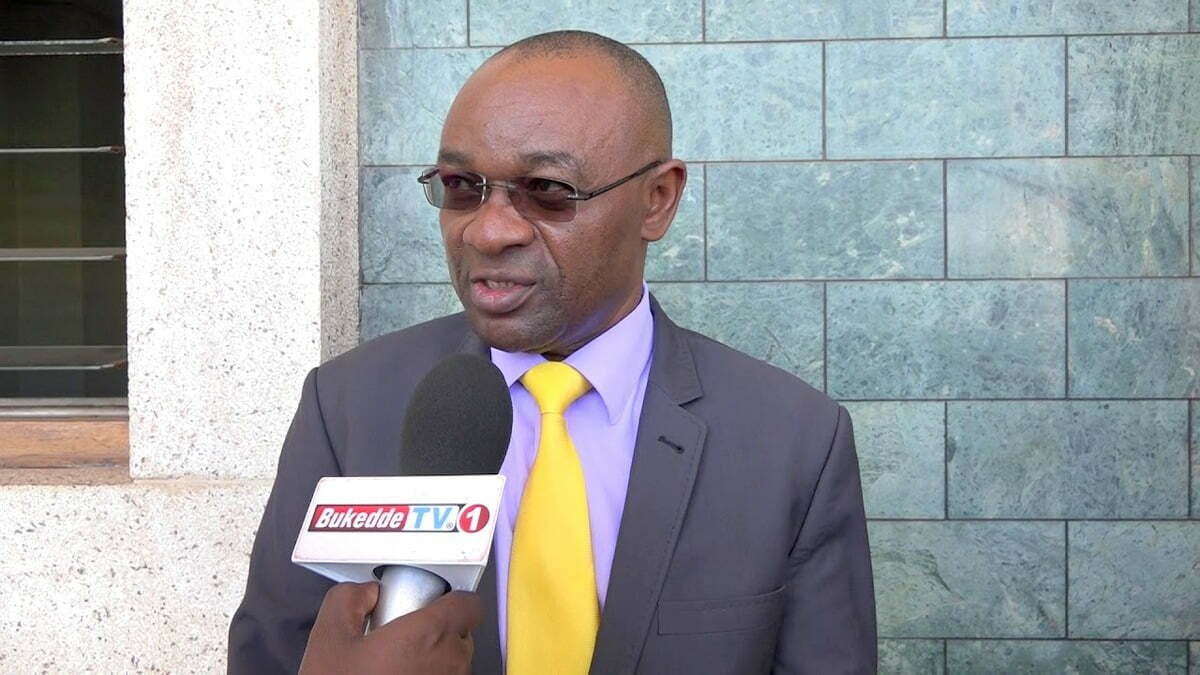 He is remembered for tabling the controversial Constitutional Amendment Bill, through which parliament lifted the cap on the presidential age. Magyezi, who holds several degrees and a Diploma in Local Government has been in parliament since 2011. He is the current chair of Parliament’s Public Service and Local Government committee.

He is now appointed as Minister in a docket that is responsible for the creation, supervision and guidance of sustainable, efficient and effective service delivery in the decentralized system of governance. Magyezi replaces Tom Butime who has been sent to the Ministry of Tourism. 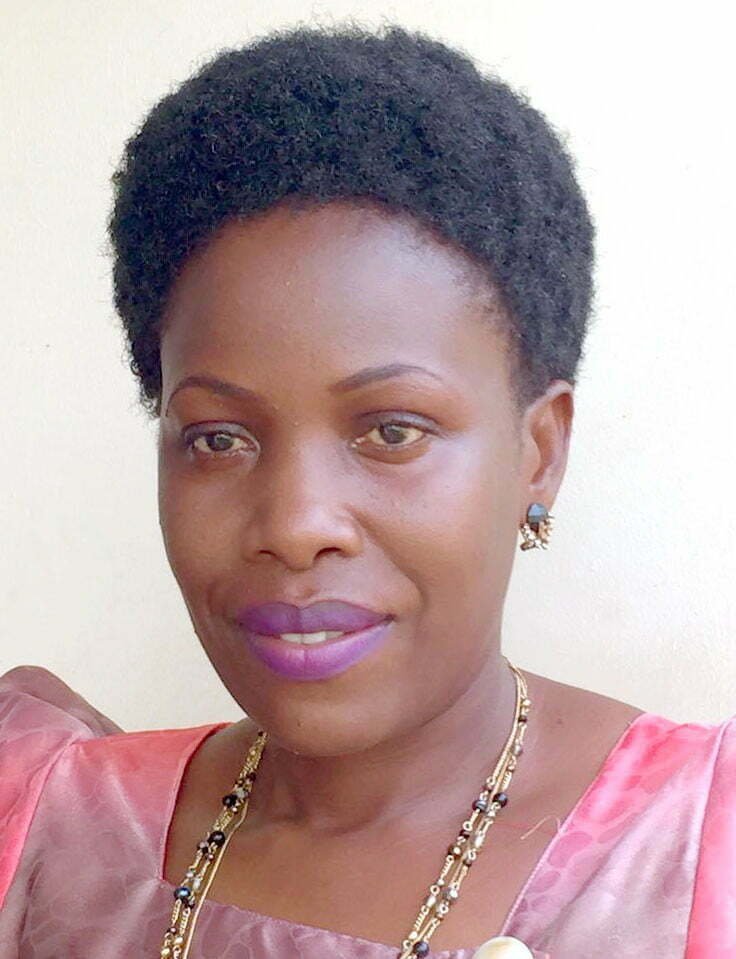 The former police spokesperson is serving her first term in Parliament. She left the force to contest for the Mityana Woman Parliamentary race in 2016.

Upon her election, she was assigned Chairperson of Parliament’s Defence and Internal Affairs Committee, a position in which she served for two years. In the position, Nabakooba was seen to be more sympathetic to the people she was supposed to oversee. While other MPs mainly from the Opposition tried to raise issues of concern in Police and the Army, she was always seen to be more sympathetic to their cause.

With her background in communications, Nabakooba is now the new Minister of Information, Communication and Technology (ICT) replacing Frank Tumwebaze who has been appointed Minister of Gender, Labour and Social Developement. 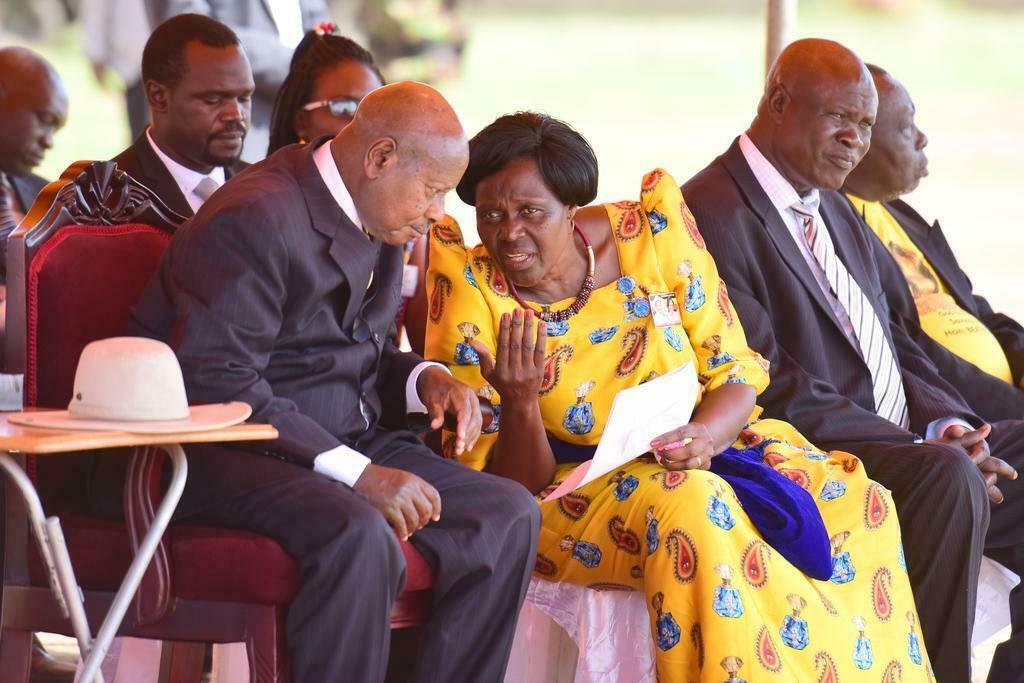 Appointed as Minister of State for Environment, Anywar has served as MP Since 2006, initially as a member of the opposition Forum for Democratic Change (FDC) party ticket.

Towards the 2016 elections, Anywar quit the FDC party and backed former Prime Minister Amama Mbabazi’s presidential candidature. She then return to parliament as an independent candidate but steadily shifted her support to President Museveni m, voting yes to the removal of the Presidential age limit.

Different media reports have previously quoted her saying that she would work with President Museveni since her constituents want services which she cannot get from former FDC presidential candidate Dr. Kizza Besigye and Amama Mbabazi.

In Parliament, she is the current Deputy Chairperson of the Gender Labour and Social Development Committee of parliament. Anywar has previously served as Shadow Minister for Energy and Minerals and Shadow Minister for Water and Environment, a position she was given after her mobilization against the take away of Mabira Forest. 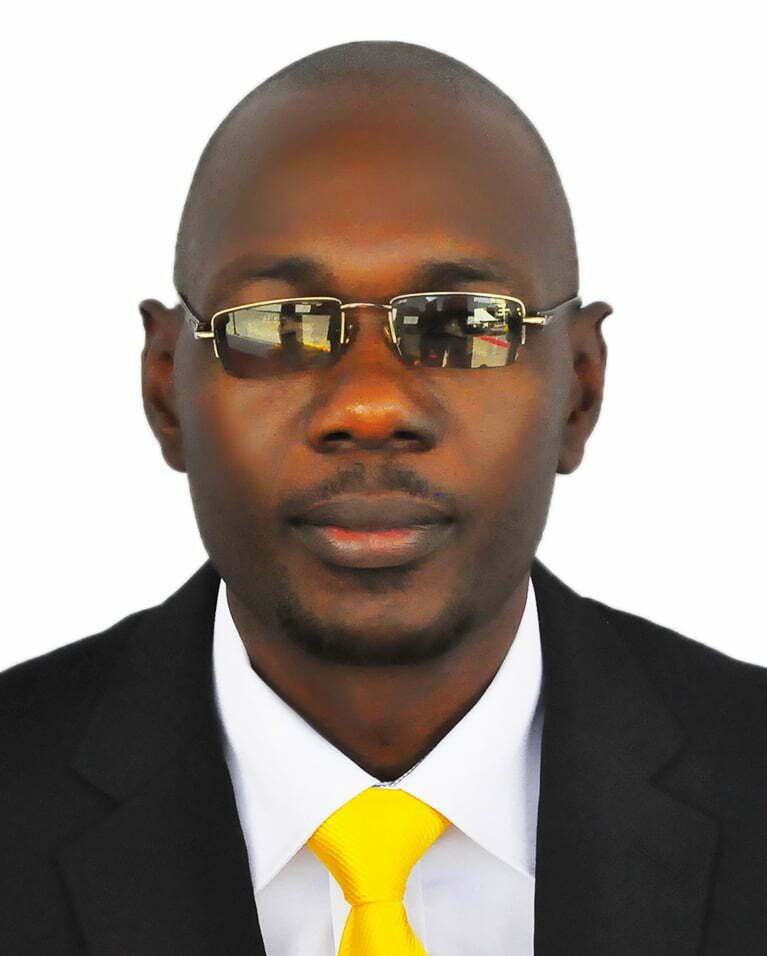 A lawyer by profession, he is an advocate with Rwakafuuzi and Company Advocates. He joined parliament in 2016 and currently a member of the Legal and Parliamentary Affairs Committee and the Human Rights Committee.

Kafuuzi is also remembered for seconding MP Magyezi’s ‘Presidential Age Limit’ Bill and he is one of the MPs that have since it’s passing, enjoyed special security from government. He is now appointed Deputy Attorney General replacing Mwesigwa Rukutana who is now appointed Minister of State for Labour, Employment and Industrial Relations. 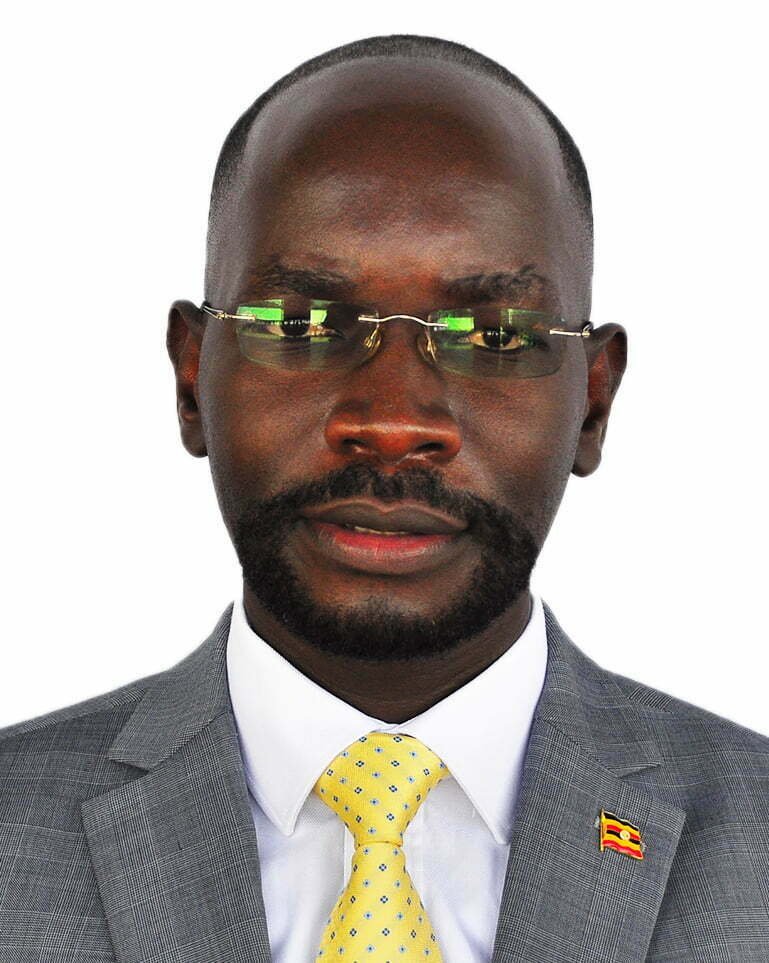 Severally quoted in the Hansard speaking passionately about sports especially football, Obua who has served as MP since 2006 has been appointed as Minister of State for Sports replacing Charles Bakabulindi.

A member of the ruling National Resistance Movement (NRM) party, Obua has risen through the ranks right from being a Senior Clerical Officer in State House, Spokesperson Commonwealth Youth Forum, Chairperson Parliament’s Science you Technology Committees and a Commissioner in the Parliamentary Commission.

Replacing Kayunga Woman MP Idah Nantaba, Ogwang is now Minister of State for ICT. He has been MP since 2011 and currently a Commissioner in the Parliamentary Commission. 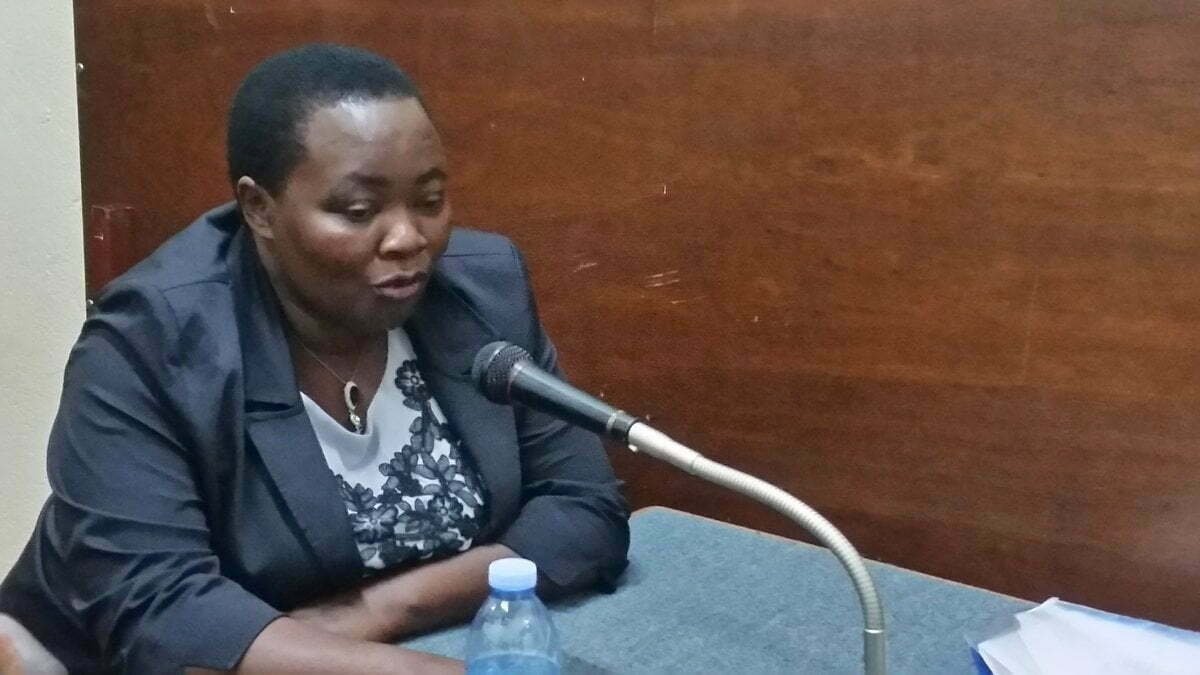 Also currently serving as a Parliamentary Commissioner, Nabbanja a teacher by profession is now appointed as Minister of State for Health (General).

She is remembered for serving as Resident District Commissioner for Pallisa, Busia and Budaka. She also served as the Treasury for the NRM Parliament’s Caucus. Nabbanja also previously worked as the Secretary for Health, Gender and Community Services at Kibaale District. 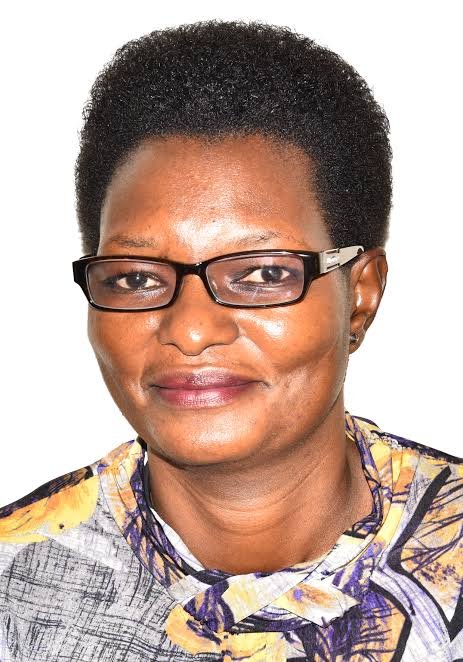 Appointed as new Minister of State for Fisheries, Adoa has been a Member of Parliament since 2016 having defeated former FDC strong woman Alice Alado on her second attempt.

A teacher by profession, Adoa is known for being a director to a chain of schools in the East including Teso Boarding Primary School, Halcyon High School and others. In Parliament, she is a member of the Health Committee.

Meanwhile besides the new faces in Cabinet, one of the biggest surprises is the dropping of Eng. Irene Muloni as Energy Minister replacing her with Mary Gotetti Kitutu who has been serving as State Minister for Environment.

Kitutu’s appointment to the Energy Minister comes at a time when the country is involved in several Energy projects and oil agreement signings in preparation for the first oil production.

The Manafwa Woman MP is an economist environmentalist and academic. According to the Parliament website, she holds a PhD in Science, Bachelor of Science in Geology and Chemistry and Master of Science in Environmental Systems Analysis and Monitoring.

The newly appointed ministers are to appear before Parliament’s Appointments Committee chaired by Speaker of Parliament Rebecca Kadaga for vetting before officially taking oath.

24 years of the NRM who ruled better, northerners or southerners?