Kampala, Uganda | URN | Former Forum for Democratic Change (FDC) president Dr Kizza Besigye was nearly swept away unto the tarmac by a police water cannon swash on Monday 4, November 2019 as he waved to his supporters from atop his car in Kireka.

Heavily armed police and military officers cordoned off the stadium and turned away whoever approached the facility.

This angered the FDC supporters who decided to march in a procession from Namboole to their party headquarters in Najjanankumbi. Police tried to stop the procession on the busy Kampala-Jinja highway in vain.

Police then blocked his vehicle with the help of over six police patrol vehicles and tried to tow the car in vain forcing them to bring a breakdown. Some of the chains used to tow Dr Besigye’s car broke as the crowd cheered the four-time presidential candidate who was still waving to them from his vehicle’s open roof. 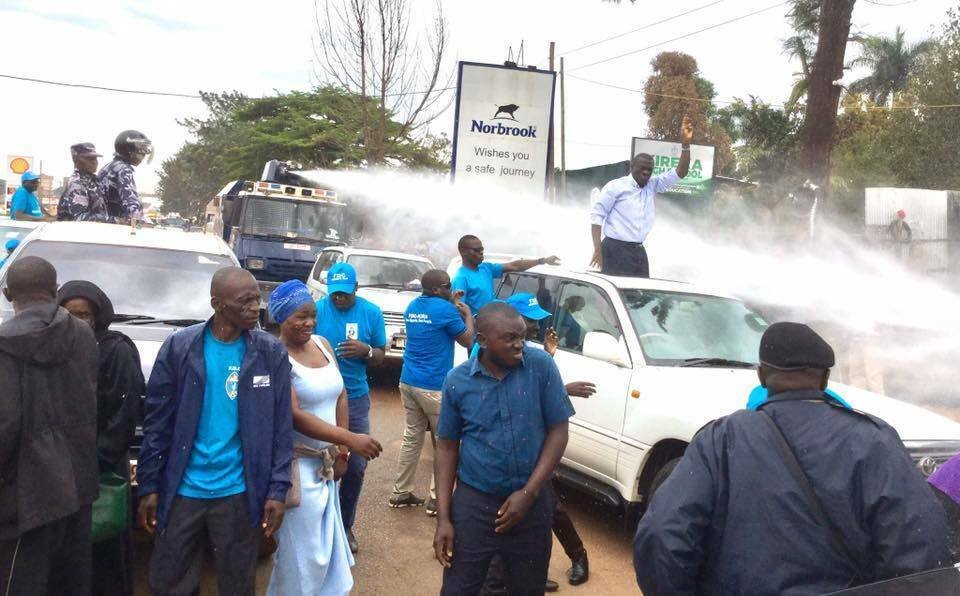 With the help of a water cannon, police later managed to force Dr Besigye out of the vehicle and bundled him into a police van, which sped off to Naggalama Police Station. No charges have been preferred against Dr Besigye. Police also arrested several other FDC party members and youths that had joined the procession. 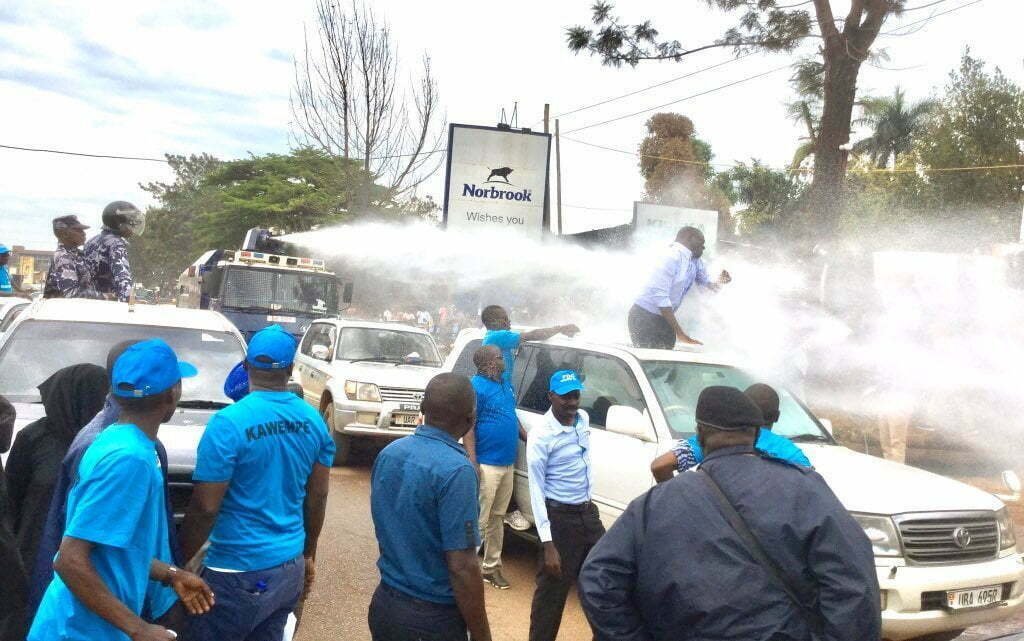 However, police have repeatedly broken their meetings citing failure to comply with the Public Order Management Act. Recently, Dr Besigye and a number of his supporters launched a campaign dubbed ‘Tubalemese’, saying it will help the opposition to achieve their goals.

Fort Portal, Uganda | URN | After being held in police cells for more than a …..READ MORE

The Police Directorate of Criminal Investigations has ordered for the closure of all branches of …..READ MORE