In the 2006/2007 financial year, government through the National Information and Technology Authority (NITA-U) secured funds to put up a National Data Transmission Backbone Infrastructure to provide connectivity to government entities, ministries and departments across the country.

The project was embraced as a viable intervention towards addressing challenges of internet connectivity and ICT infrastructure to enhance e-government services in the country.

However, the 2019 report by the auditor general, John Muwanga indicates that though connected to the backbone, many beneficiaries are not effectively utilizing the facilities at their exposure, which compels government to continue spending huge sums of money to other alternative services.

The audit report reveals that a total of 445 sites out of the envisaged 20,000 are connected to the national backbone and of these 369 are still using related services and incurring huge costs. 76 sites though connected to the infrastructure are not utilizing the available services at all.

As a result, government continues spending heavily to procure bandwidth from alternative service providers, whose costs have also remained high. In the 2017/18 and 2018/19 financial year, a total of Shs 25 billion was spent to pay for alternative internet service providers for agencies that are connected to the NBI, which by implication points to wastage of resources.

An additional Shs 1.04 billion, which was spent on the connection infrastructure to the 76 sites that are not using the NBI services according to the report could also become a wasted investment over non-utilization of the equipment, which is becoming obsolete before it is even used.

Muwanga recommends to government to fully enforce the National Information and Technology Authority (NITA-U) Act that requires all public agencies to use the NBI electronic and government infrastructure as their primary vehicle for all their data and internet services. 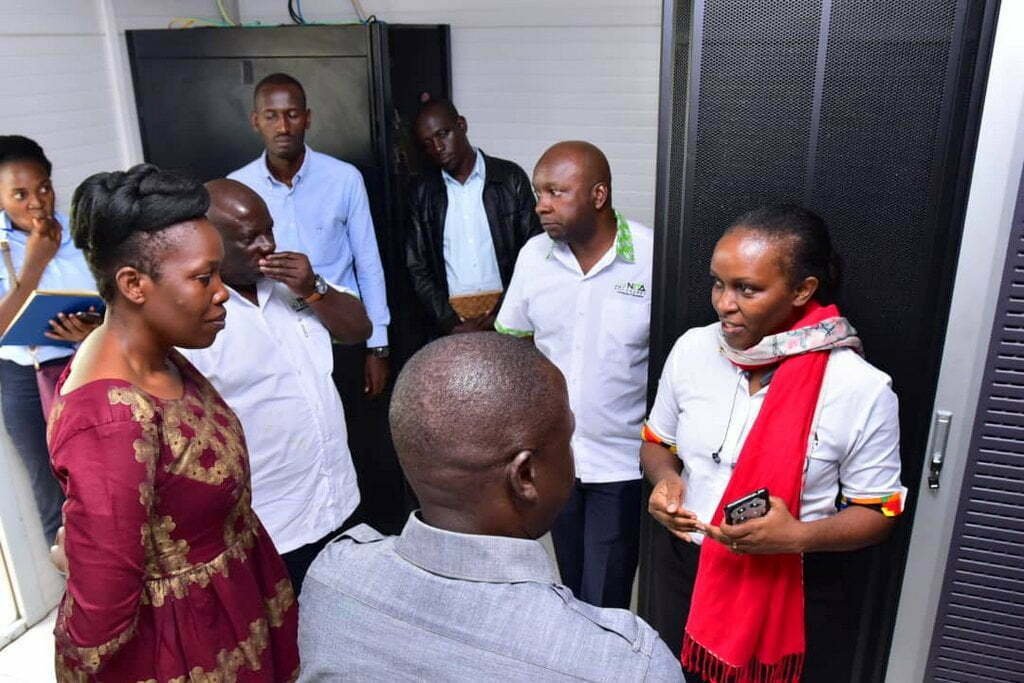 Figures at NITA indicate that a distance of about 2,474 kilometers have been laid with optical fiber cables connecting major towns of the country. However, one of the systems administrator in Masaka judicial area who talked to us condition of anonymity so as to speak freely, explained that the internet service provided by NITA through the NBI is too slow and less reliable, which affects the pace of their operations.

“The government system is usually bogged down by reliability challenges compared to private service providers hence leaving us with no options but to use alternatives,” he noted.

But James Saaka, the executive director of NITA in his annual performance report of 2019, indicated that they embarked on the process towards addressing all underlying bottlenecks that affect their efficiency.

Some of the considered interventions according to him are rolling out capacity building sessions and enforcing compliance to the national IT standards.