Kampala, Uganda | URN | High Court has quashed the conviction and 18 month’s sentence that was handed to Dr. Stella Nyanzi by Buganda Road Magistrate’s Court for cyber harassment, saying it had no jurisdiction to entertain the matter.

Justice Henry Peter Adonyo made the ruling on Thursday 20th, February 2020 morning and ordered for the immediate release of the former Makerere University Research Fellow unless she has other pending charges.

Justice Adonyo also noted that the lower court violated Dr. Nyanzi’s constitutional right to a fair hearing.
The charges stemmed from a poem Dr. Nyanzi published on her Facebook page on September 16, 2016, a day after President Museveni’s 74th birthday.

“Prosecution did not as well ascertain the kind of device which was used to send as the digital prints were not presented before Buganda road,” the judge observed.

Court also observed that Dr Nyanzi and her lawyers were not allowed enough time to prepare their defence thus amounting to unfairness.

The first prosecution witness did not provide a forensic report on his findings indicating which mobile data was used after he asserted that Dr Nyanzi might have used a phone. 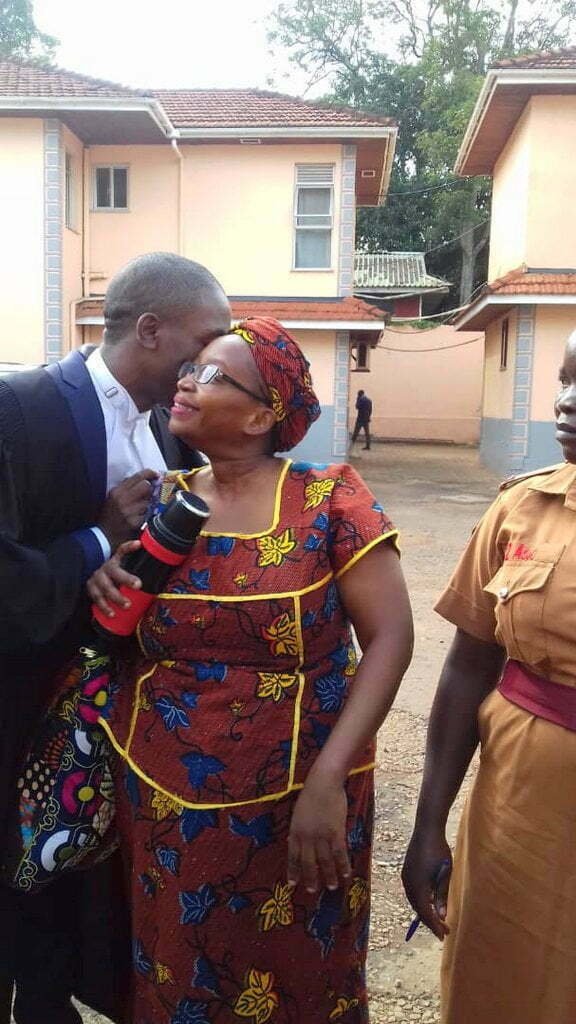 The judge also said that in criminal offences, it is the duty of court to ensure that defense witnesses appear by providing the defendant the favourable avenues like issuing arrest warrants for defence witnesses who are not compliant which the magistrate never did.

The judge’s orders forced the fully packed court to explode in excitement as Dr Nyanzi’s supporters, friends and relatives jostled to congratulate her.

Meanwhile, Dr Stella Nyanzi collapsed at the International War Crimes Division of the High Court minutes after the judge order for her release from Luzira Prison where she has been for months. She collapsed as she was being helped to go sign her release papers.

By the time of filing this story, prison warders were later seen carrying her to a waiting prison car registration number UG 0172U.

Dr Nyanzi was in August 2019 been given an 18-month sentence but had already served nine months in Luzira Women’s Prison after publishing the verse that magistrate Gladys Kamasanyu said should never have been put in the public domain, describing it as “obscene” and “indecent” including suggestions which “could only be made by an immoral person.”

Kampala, Uganda | URN | A team of lawyers has petitioned the High Court in Kampala …..READ MORE