The on-going three days Expo is part of activities to mark two years of BUBU policy which Trade Minister, Amelia Kyambadde says is already registering dividends in terms of increased export volumes, trade surplus in the region and a reducing balance of trade deficit.

Museveni toured a number of exhibitors and applauded Ugandans who have started participating in industrial. He, however, bemoaned importation of industrial inputs that can be produced locally.

Museveni said that since Uganda is exporting more to the region than it imports, is indication that Ugandans are waking up to participate in production.

Uganda earned 1.5 trillion Shillings from trade with neighbouring countries during the 2017/18 financial year, according to Bank of Uganda statistics. Exports to the East African Community region totalled USD 1.2 billion, while imports were valued at USD 806 million. 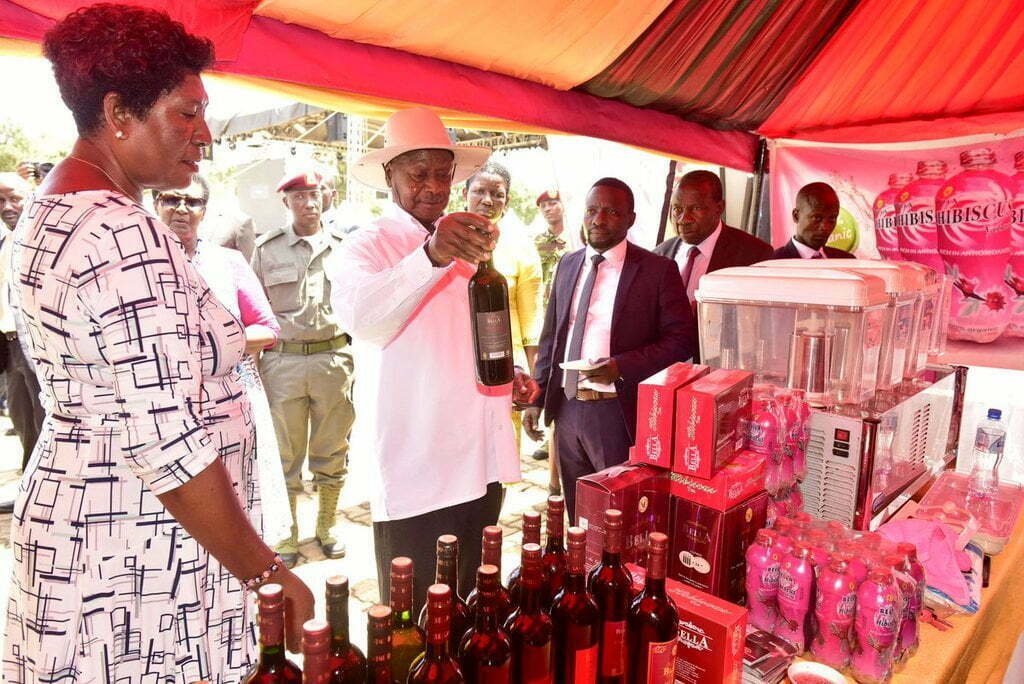 Museveni said government will not give up until it achieves a global trade surplus. Uganda’s trade deficit currently stands at USD 2.9 billion. He pointed out leather for making shoes as one of the inputs that should not be imported.

Museveni argued that there are enough hides and skins which should be upgraded instead of exporting and importing it again.

Museveni also appealed to the pharmaceutical industries to increase use of local inputs such as sugar and starch. He said locally manufactured sugar should be refined for industrial use.

Kampala, Uganda | URN | The withdrawal of the petition by the National Unity Platform (NUP) …..READ MORE