UPDF seeks to recruit a total of 4000 people in this national exercise that commenced today December 27th, 2019. The aim of the exercise is to attract Ugandans to serve in the regular, professional and specialized units of UPDF.

According to the spokesperson of the Land Forces Lt. Col. Henry Obbo who headed the exercise at Kololo, over 3000 people turned up, but only slightly above 100 are needed from Kampala to join the force.

Recruits should be aged between 18 yrs and 25 years for regular force and 18yrs to 30yrs for the professional force. Recruits under the regular force category need to possess a minimum education of Ordinary or Advanced level but with a bias in science subjects like physics, chemistry and mathematics.

Those in the professional category should hold a degree or at least a diploma in medicine, Engineering, Education or possess qualifications in vocational skills. 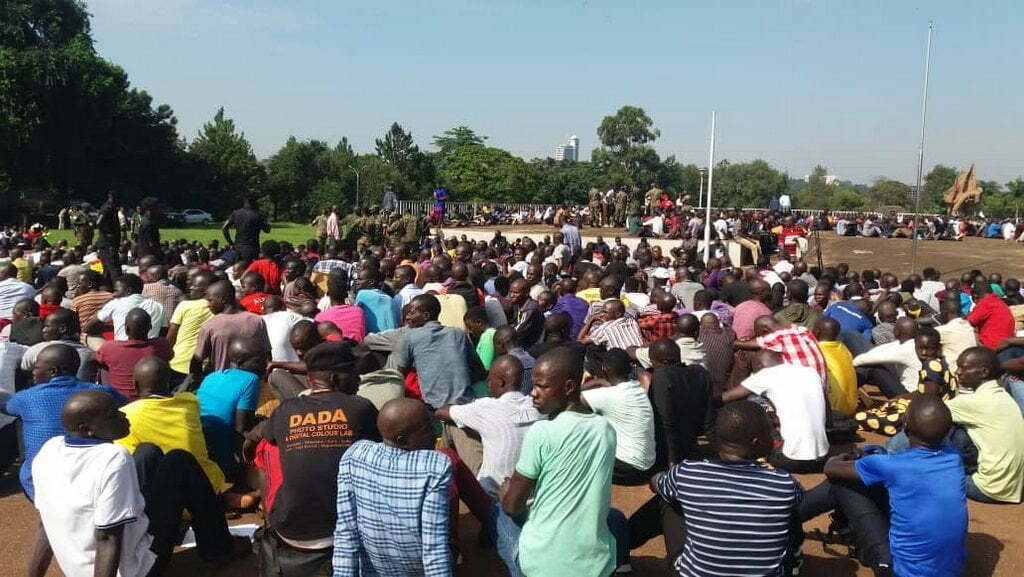 Obbo says they have used officers qualified in the different fields to screen recruits adding that academic excellence is key. He said recruits have also been subjected to medical checks by qualified medical professionals.

Obbo says the exercise is an opportunity to fill gaps in the force created by deaths, injuries and retirements.

Faridah Mayanja Mpiima, the Resident City Commissioner of Kampala also says they have received overwhelming numbers. She however says this is a sign of patriotism because the applicants are qualified and self-motivated people who are seeking to serve their nation.

By end of the day, UPDF shall have completed the exercise in Kampala and successful candidates already selected. The team at Kololo will also conduct the same exercise in Wakiso, Jinja, Kamuli and Mukono districts as other teams work in other parts of the country.

The recruitment exercise is expected to run till January 5th, 2020 before successful candidates are taken to start training in the different training schools around the country.

UPDF soldier jailed for 101 years over murder of three people